Halifax – On Your Next Canada/New England Cruise

Halifax is a popular port of call on the Canada-New England cruise circuit, especially in the fall of the year. It is the largest city in Atlantic Canada and eastern home port to  Canada’s navy. It has a long history as a military town settled by the British in the mid eighteenth century, and its connection to several disasters over the years plus its rich cultural past and present make this city a recommended visit.  The captivating sea coast scenery of the areas surrounding the city will take your breathe away.

HALIFAX DOWNTOWN – Don’t want to take a tour or excursion? Exploring the down town area from the waterfront to Citadel Hill is easy, but wear comfortable shoes and be prepared for some steep streets. There are more unique and quaint boutiques than you will get to visit in your day ashore. There are establishments catering to Nova Scotia’s Scottish heritage, antique stores, designer clothes, hobby shops, and those dedicated to eclectic interests and fads – you never know what might lurk around the next corner! And of course there’s  numerous bars, restaurants, and art galleries. Perhaps you will be lucky enough to visit during the International Buskers Festival held each summer.

HALIFAX WATERFRONT – Even if you don’t leave the fairly level waterfront area, there’s an abundance of boutiques here to explore. But a place you must see is the Maritime Museum of the Atlantic. Here you will find fascinating exhibits. One is on the Halifax Explosion of 1917, the largest man-made explosion, all the result of an accident, prior to the Atomic bomb. For those who perished on the Titanic,  their bodies once recovered were taken to Halifax (survivors went to New York). The museum’s Titanic exhibit has many, many artifacts from this time on display. About 150 Titanic victims are buried in local cemeteries, the majority at Fairview Lawn in the city.

CITADEL HILL –   At the top of the rise above the harbour is Citadel Hill where you can visit the Halifax Citadel National Historic Site (or Fort George) established mid-nineteenth century. It is a star-shaped naval fortress, now a museum. Here you can take a guided tour, a self-guided tour, or even a ghost tour if you are there for an evening. This is a good family excursion ( or if you are a child at heart) as you can partake of various programs in which you become a soldier for a day (uniform and all), solve a mystery, and other interactive activities.

THE TATTOO – An extremely popular cultural event held every summer in Halifax is the Royal Nova Scotia International Tattoo, touted as the world’s largest indoor annual show. If you have never been to a Tattoo before, it will be an exhilarating and entertaining afternoon or evening filled with the music of marching bagpipes and drums, brass bands, dancers and aerobatic and military displays. If you have attended others, you will see where this one excels or surpasses what you have known.

MAHONE BAY – This tiny town is a popular and very pretty tourist destination with its collections of homes and many churches clustered by the Atlantic. It’s not far from Halifax. Bring you camera. You may very well recognize the town as is often photographed internationally.

PEGGY’S COVE – This is another area where artists and photographers gather for stunning images. The picturesque and colorful village houses, fishing shacks, and boats against the blue of the sea never fails to impress the eye. The shoreline is grey granite outcrops worn smooth by the pounding seas. Visit the memorial to the Swissair Flight 111 disaster that killed 229 people when a flight from JFK to Geneva crashed in the Atlantic nearby.

LUNENBURG – A little further south along the coast, explore Lunenburg, a UNESCO World Heritage Site, and fishing port. This colorful town is a destination for artists, both visual and music, and for craftsmen so you will find a rich selection of local products on sale. Take a walking tour, or perhaps sample locally caught lobster in one of the town’s many dining facilities. Hint: By exploring on your own or finding the right tour, you could conceivably visit Mahone Bay, Peggy’s Cove and Lunenberg all on a day’s trip from Halifax as they are situated not far from each other and the city. You may recognize some of these places from a popular television series on the Oak Island Mystery. You can try to visit Oak Island but tours are usually sold out for the summer within days of being offered.

This part of Canada has a temperate climate,  so in the shoulder seasons of spring and fall be sure to sport a heavy coat or be prepared to dress in layers as it can get quite cool ( but rarely cold). With the damp air from the Atlantic, it can feel much cooler than it actually is;  however, in summer the temperature is very moderate (70 to 80 F) which makes exploring the area a delight. Many cruise lines have Halifax as a port of call during the May through early October season. Let your Travel Professional arrange your next Canada-New England cruise.

Autumn with its colorful foliage is a popular time to visit  (Image: Bigstock)

Mahone Bay is known for the profusion of church steeples (Image:Bigstock) 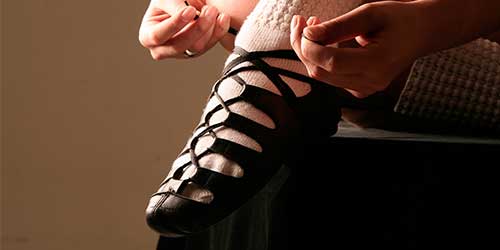 Nova Scotia is the Latin for New Scotland (Image:Bigstock)